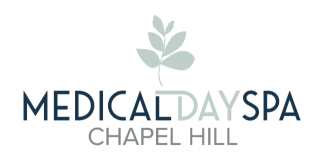 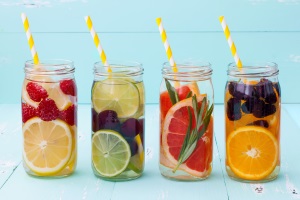 These are frequently asked questions and answers about Gd chelation therapy:

What is chelation? Chelation is administering an agent that binds to a metal to transport the foreign metal out of the body (most often through the kidneys).

What chelation agent (chelator) is used? The chelator, given by IV infusion, to remove Gd from the body is Diethylenetriamine Pentaacetic Acid (DTPA). It is formulated either as Calcium-DTPA or Zinc-DTPA.

Why DTPA for Gadolinium? Chelators vary in their ability to attach to and hold on to a specific metal. This ability is measured by a term called stability constant. DTPA has the highest stability constant for Gd compared to all other available chelators. This means it is the best agent to pick up and hold onto Gd until excreted by the kidneys. DTPA also has the least propensity to re-release it back in the body (referred to as redistribution) before the kidneys can eliminate it.

Is DTPA approved by the FDA? DTPA is FDA-approved for radioactive heavy metals, such as Plutonium. Its use as a chelator for Gd is “off label” but can be performed based on physician knowledge prerogative. Dr. Richard Semelka, an expert in GDD, determines the need for and orders DTPA chelation which is then performed by Registered Nurses at Medical Day Spa of Chapel Hill.

Is DTPA safe? The only thing that DTPA is known to do in the body is bind to metals. There is no other known physiologic reaction which may have adverse effects. DTPA actually is the back-bone ligand (essentially the same meaning as chelator) for Magnevist® , an MRI contrast agent with over 100 million doses administered and with no adverse event reported to the ligand. So there is a lot of historical experience with the safety of DTPA.

Ca-DTPA picks up a greater range of metals than Zn-DTPA. Ca-DTPA picks up the most Gd but also binds to other metals that the body needs, such as Zinc, Manganese, Magnesium, and Iron. Zn-DTPA picks up essentially only heavy metals that are not normal in the body (Gd, Lead, Chromium, and others) but picks up much less Gd. This is the basis for our protocol of giving Ca-DTPA day 1 of chelation to pick up the most Gd (but also picks up Zn) and Zn-DTPA on day 2, to still pick up Gd, but also to restore the Zn previously removed.

DTPA chelation IV treatments at Medical Day Spa of Chapel Hill are 2-day sessions, spaced from 1 week to 4 weeks apart. Between treatments, the body is able to restore the normal mineral balance from a person’s normal dietary intake.

What is a Flare reaction? A Flare reaction is intensification of symptoms that a patient already is experiencing from GDD. This can include similar symptoms involving other areas, such as a new bone that hurts, where previously only other bones hurt. Generally the Flare lasts for less than 1 week. It turns out that it is critical that a Flare reaction develops, since this may be the most important clinical confirmation that what the patient suffers from is actually GDD and not something else (for example lupus or fibromyalgia).

Can Flare be controlled? Dr. Semelka has developed an extended hypersensitivity protocol called FRAME to control the Flare. FRAME is an acronym for Flare ReAction Medication Envelope. The worst Flares are experienced by individuals who have recently developed GDD (within 6 months from gadolinium based contrast agents) and in individuals who may have received multiple gadolinium based contrast agents and who are extremely ill from GDD. In all of these individuals a FRAME regimen is essential. Flare reactions may be incredibly severe and intolerable without it.

How can I undergo DTPA chelation at Medical Day Spa of Chapel Hill? Fill out an Appointment Request or call (919) 904-7111. Dr Semelka will contact you to determine how likely it is that you have GDD and whether chelation therapy would be beneficial for you.

*IV Therapy is not intended to take the place of health checkups, medical treatment, or input from your primary care physician or specialist. Our Medical Director is available to confer with your physician on specific questions or suggestions for achieving the maximum benefits from IV Infusion Therapy.